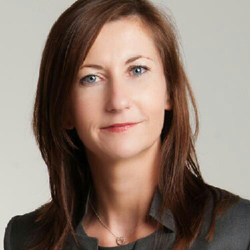 Principal, Ms. Kayanne Horgan, graduated from University College Galway with an Honours B.A. in Law and Economics in 1995. She then completed her LL.B. post graduate degree with Honours in 1998, spending a gap year with the law firm of Fox & Gibbons LL.P and Bryan Cave LL.P in Abu Dhabi, United Arab Emirates.

In 1998 she commenced her apprenticeship with Dublin firm L.K. Shields Solicitors and qualified as a solicitor in 2001. In 2001 she began work as solicitor in the Legal & Compliance Department of J.P. Morgan (Chase) Bank plc in the I.F.S.C. until 2003 when she moved to Galway and began working with Higgins, Chambers & Flanagan Solicitors.

She opened her own legal practice and Galway Insolvency Service in 2014.
Ms. Horgan has regularly completed various diploma courses held by the Law Society of Ireland namely:

Ms. Horgan was Secretary of the Galway Bar Association and has been an active member for the past number of years. She also volunteers her time to the Citizens Advice Bureau on a regular basis for the past six years.

Ms. Horgan also advises a number of start-up companies based in and around Galway/Mayo including the Innovation Centre in Castlebar.


We work with all the insurance companies to resolve cases including Avivia, AA Car Insurance, Liberty Insurance, chill.ie, Zurich Insurance and 123.ie.

*In contentious business, a solicitor may not calculate fees or other charges as a percentage or proportion of any award or settlement